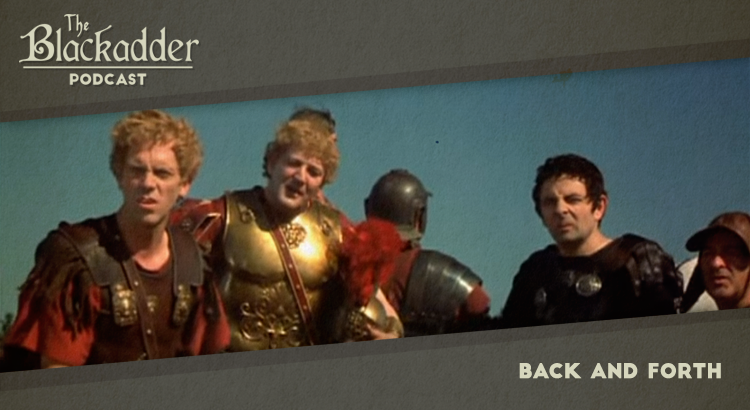 Back and Forth was a special episode of Blackadder created as part of an exhibition to mark the turn of the century at the Millennium Dome and saw the Lord Blackadder of the time travel through history to impress his friends. In this podcast Gerry and Iain consider skipping ahead to the next episode.

Blackadder: Back and Forth was written by Ben Elton and by Richard Curtis and was directed by Paul Weiland. Sophie Clarke-Jervoise produced the special and Howard Goodall was responsible for the music.

Back and Forth was released in 1999. It is 33 minutes long and originally aired as part of the Millennium Dome’s opening exhibition. Blackadder is presently available on Netflix (which rotates Seasons 1 & 2 with 3 & 4 on a regular basis) and a remastered set of the whole series is available on DVD around the world (Region 1) (Region 2).