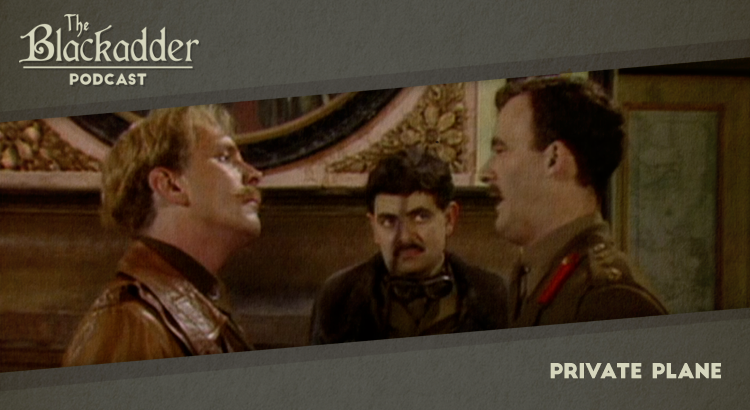 Private Plane was the fourth episode of Blackadder Goes Forth and features a cunning effort to escape the front lines by signing up en masse for the Air Corps. In this podcast Gerry and Iain consider good uses of a final twenty minutes, give or take a few seconds.

Besides a brief return for Gabrielle Glaister as Bob, the audience was spoiled in this episode by appearances from both Adrian Edmondson (Baron von Richthoven) and his long-term comedy collaborator Rik Mayall, reprising his Flashheart character for a new generation.

Private Plane was released in 1989. It is 30 minutes long and originally aired on the BBC. Blackadder Goes Forth is presently available on Netflix and a remastered set of the whole series is available on DVD around the world (Region 1) (Region 2).