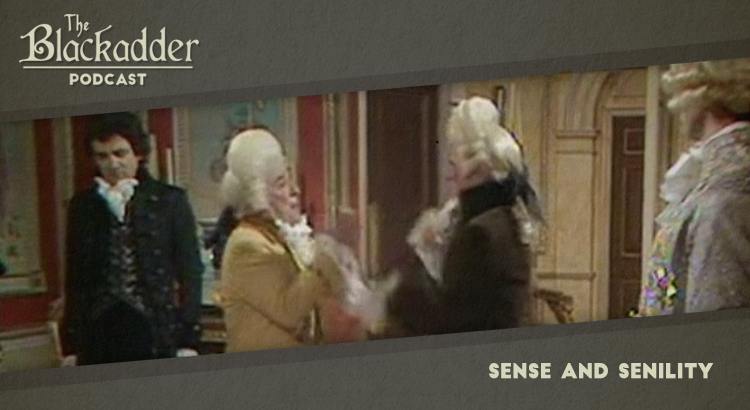 Sense and Senility was the fourth episode of Blackadder the Third and features some lessons in posture, presentation and diction for the Prince Regent from a pair of popular thespians. In this podcast Gerry and Iain consider whether there are some things that simply cannot be taught and reveal the content of the Macbeth anti-jinx.

In the fourth episode of Blackadder the Third there were two principal guests – Hugh Paddick and Kenneth Connor as the Regent’s tutors, Keanrick and Mossop. Ben Elton also had a brief cameo as an anarchist who tries to assassinate Prince George in the early part of the episode.

Blackadder the Third was written by the said Ben Elton and by Richard Curtis and all six episodes were directed by the returning Mandie Fletcher. Once again, John Lloyd produced the series and Howard Goodall was responsible for the music.

Sense and Senility was released in 1987. It is 30 minutes long and originally aired on the BBC. Blackadder the Third is sadly not available on Netflix, but a remastered set of the whole series is available on DVD around the world (Region 1) (Region 2).