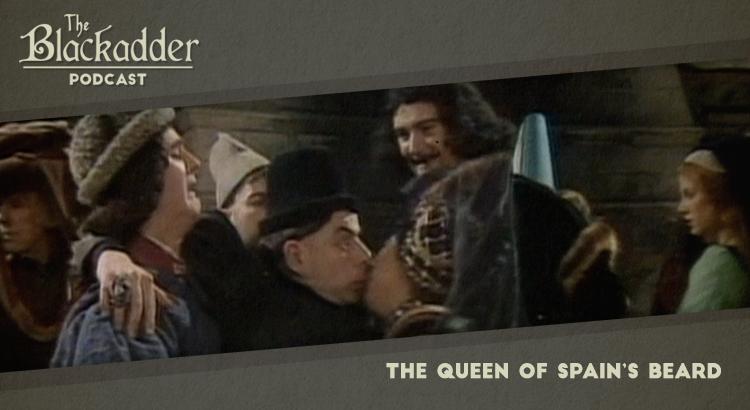 The Queen of Spain’s Beard was the fourth episode of The Black Adder and featured a masterclass in the noble art of translation. In this podcast Gerry and Iain consider shotgun weddings and the nutritional value of a glass of water at midnight.

This episode featured a couple of high-profile guests in the shape of Miriam Margolyes and Jim Broadbent as the Spanish Infanta and her translator, the cunningly names Don Speekingleesh. There were also cameos for Howard Lew Lewis and Jane Freeman as Mr & Mrs Applebottom, while David Nunn returned as the portly messenger.

The Queen of Spain’s Beard was released in 1983. It is 33 minutes long and originally aired on the BBC. The Black Adder is presently available on Netflix and a remastered set of the whole series is available on DVD around the world (Region 1) (Region 2).